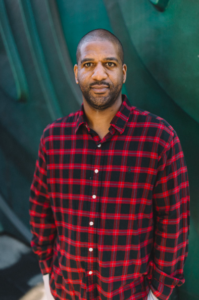 Mandela Jones is the Chief Communications Officer for Alliance for Safety and Justice and Californians for Safety and Justice. He is an astute political strategist and communications professional with extensive experience in the legislative branch of government, electoral and public policy issue advocacy campaigns. Prior to joining the Alliance for Safety and Justice, he worked for New York City-based police accountability campaign, Communities United for Police Reform (CPR), as its Director of Communications & Public Affairs. While there, he helped develop and lead coordinated communications efforts to elevate the voices of families impacted by police violence that led to the authorization of New York State’s first-ever special prosecutor for police killings of civilians. He also steered a multi-year communications plan that maintained the visibility of the Right to Know Act police accountability legislation to passage and enactment in New York City.

Mandela previously served as the Budget & Communications Director for New York City Council Member Al Vann, who represented the neighborhoods of Bedford-Stuyvesant and Crown Heights in Brooklyn. He holds an M.P.A. from NYU Wagner Graduate School of Public Service and a B.A. from Colorado College, and lives in Brooklyn, New York.