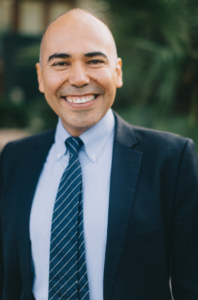 Juan Pablo has been working in Latino communities and with faith leaders for over 20 years. In 1992, he began organizing youth groups for the Archdiocese of Chicago. In 1999, he helped implement the CeaseFire model in the Southside of Chicago, a program to reduce shootings and murders while offering positive alternatives, and mobilized faith communities to respond when a shooting happened. Working with immigrant students (DREAMers) and clergy in Illinois, he helped secure in-state tuition for undocumented students in the state.

After moving to Florida, he worked with low-income senior citizens and faith leaders to access affordable housing and better public transportation. He has also worked with Latinos and faith leaders though the Florida Immigrant Coalition. As the Director of Clergy Organizing for Faith in Florida, he engaged 2,200 people of faith for various campaigns in support of proactive immigration policies while training 150 lay and clergy leaders to support local, state, and national policy changes in support of immigrant families in Florida.