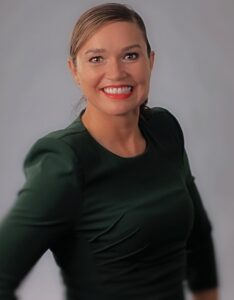 Katie Bohnett is the Florida Government Affairs Manager for the Alliance for Safety and Justice (ASJ) and previously served as the Florida State Organizer for the REFORM Alliance. This past 2022 legislative session, Katie worked with ASJ and the Florida Safety Coalition to pass SB 752 to remove barriers to successful reentry for those serving probation by education and employment credits and remote reporting.

Katie worked on Charlie Crist’s 2006 Gubernatorial campaign at 21, then became his youngest Director and Senior Staff member in 2007. Sixteen years later, she has held many positions in Republican, Democratic, and Independent campaigns, including Linda McMahon for U.S. Senate in 2012 and Congressman Charlie Crist’s successful 2016 run. She has experience in state government, campaign management, development, and association management. She just finished her second term on the Board of the League of Women Voters of Tallahassee and is proud to serve as the Vice President for the 2022-2023 term. She also serves as the 2022-23 Florida Society of Association Executives (FSAE) Government Affairs Committee Chair.