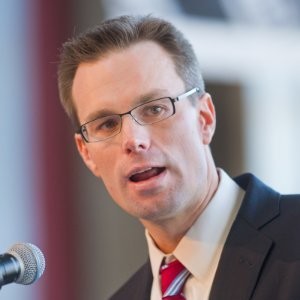 John serves as the Local and State Government Best Practices Director. In this role, he partners with government leaders, elected officials, non-profit organizations and communities to develop effective implementation strategies for the policy reforms ASJ drives in states across the country. From 2015-19, he was the Executive Director of the Illinois Criminal Justice Information Authority (ICJIA), his state’s public safety research and grant-making agency. Overseeing grants to state and local programs, his work at ICJIA touched almost all aspects of the Illinois’ public safety system, from victim services to reentry programs. As ICJIA’s Executive Director, he helped spearhead a transformation in the agency’s grant making, transitioning funding from a legacy-based model to a research-informed competitive process. Before he was appointed ICJIA’s Executive Director, he ran the John Howard Association of Illinois, the state’s only non-partisan prison watchdog. During his five-year tenure, he led a significant rebuilding effort, more than doubling John Howard’s total revenue and driving legislative and policy reform. When he left to become ICJIA’s Executive Director, the John Howard Association was given a 2015 MacArthur Award for Creative and Effective Institutions, which recognizes exceptional nonprofit organizations that are engaged in the Foundation’s core fields of work. He has also worked in homeless prevention and as a teacher at the high school and college level.