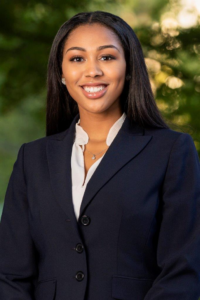 Nikki Scott is the State Advocacy Program Manager for the Alliance for Safety and Justice. Scott was previously the Policy Analyst in this division. She began her career as a California State Senate Fellow working in the Senate Public Safety committee as a consultant. In this role she analyzed numerous bills and also worked directly on legislation with Senator Nancy Skinner. After completing the fellowship she became an associate at The Justice Collaborative where she worked on policing and criminal justice issues in states and counties across the country.  Nikki is a graduate of Occidental College. She currently lives in her hometown of Houston, Texas.