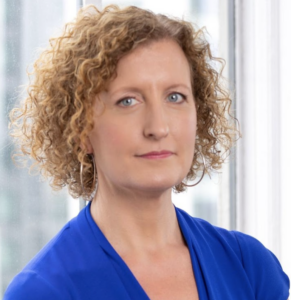 Lenore is the co-founder and President of Alliance for Safety and Justice, and founder of Californians for Safety and Justice. She is an attorney with extensive experience working to reform criminal justice and public safety systems. Lenore was the Campaign Chair and co-author of Proposition 47, a 2014 California ballot initiative to reduce incarceration and reallocate prison spending to mental health, drug treatment, K-12 programs and victim services. The initiative represents the first time in the nation voters have elected to reclassify multiple sections of the penal code to reduce incarceration and reallocate state money from prisons to communities. More than half a billion dollars has been reallocated from state prisons to community-based public safety programs. She also served on the Executive Committee for California’s Proposition 57 to expand prison rehabilitation and earned credit for release and Florida’s Amendment 4 to provide voting eligibility to people with old records in Florida.  Previously, Lenore served as Chief of Policy and Chief of the Alternative Programs Division at the San Francisco District Attorney’s Office, where she spearheaded innovative initiatives to expand alternatives to incarceration and build community partnerships. She also crafted local and state legislation to aid victims of domestic violence and protect violent crime witnesses. Lenore also previously served as Director of Public Safety for the Oakland Mayor, overseeing the Mayor’s violence reduction initiatives, and as Director of the San Francisco Mayor’s Office of Criminal Justice where she oversaw the city’s violence prevention grants and launched city-community partnerships to improve public safety. Lenore serves on the Advisory Board of the Institute for Innovations in Prosecution of John Jay College of Criminal Justice and is a member of the California Health and Human Services Agency’s Behavioral Health Task Force. She served as the inaugural Chair of the Board of the Center for Youth Wellness, an initiative to reduce the health impacts of toxic stress on urban youth. She holds a J.D. from NYU School of Law and a B.A. from UC Berkeley, and lives with her family in Oakland, California.