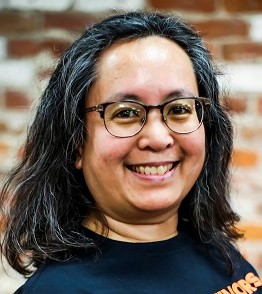 Terry Rillera is the Executive Assistant to Lenore Anderson and Tinisch Hollins. Previously she was the executive assistant at the California League of Conservation Voters, the nonpartisan political arm of California’s environmental movement, and before that at the Public Policy Institute of California, which performs independent, objective, nonpartisan public policy research.

She’s a long-standing volunteer with both the Tibetan Aid Project and the Berkeley Public Library Bookstore. Her poetry was anthologized in the collection “Going Home to a Landscape” and has appeared in both print and online journals.

Terry received her B.A. from UC Berkeley and her M.A. from University of San Francisco.