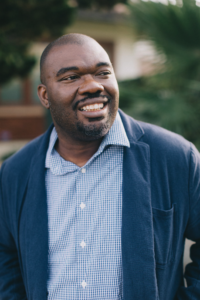 Robert is a seasoned organizer and campaigner who over the last two decades worked to achieve landmark wins in justice reform in multiple states.

Robert is the co-founder of Alliance for Safety and Justice where he oversees all of ASJ’s state-based advocacy strategies and campaigns and the Organizing Director of Californians for Safety and Justice. Prior to ASJ, Robert was a national criminal justice campaigner and expert working to advance solutions to criminal justice problems through sentencing reform, crime victim advocacy and advancing new safety priorities. Robert was the Organizing Director for the Yes on Prop 47 campaign, a statewide ballot initiative projected to reduce incarceration and re-allocate savings to drug treatment, K-12 programming and victim services.

Robert also served as the Criminal Justice Director for the NAACP. Robert was the founding director of the program and provided strategic direction, oversight and management of criminal justice activities. He was responsible for launching the “Misplaced Priorities – Educate Not Incarcerate” campaign, where he worked with Right on Crime to recruit conservatives to join NAACP’s efforts to reduce state prison populations. Robert served as an adjunct professor at the University of Connecticut School of Social Work and St. Joseph’s College, and at Central Connecticut State University.

Robert lives in Sacramento, California with his family.