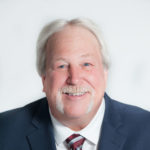 Doug has worked in electoral politics for the last twenty-seven years. He has managed twenty-two campaigns including races for city council, mayor, state house, state Senate, U.S. Congress, governor, U.S. Senate and has served as state director for a presidential campaign. He has also worked as a political media consultant and field-GOTV consultant.

In addition, Doug served as Chief of Staff to Congressman Tim Bishop of New York and as a Department of Defense contractor and media specialist in Bogota, Colombia.

Doug’s passion for criminal justice reform was born in 2016 when he managed two successful criminal justice reform ballot initiatives in Oklahoma, initiatives 780 and 781, which voters overwhelmingly passed by 56% and 58% respectively.   These bipartisan solutions to over-incarceration reduced the prison population and redirected the cost savings to counties to provide for drug treatment, mental health, and job training programs.