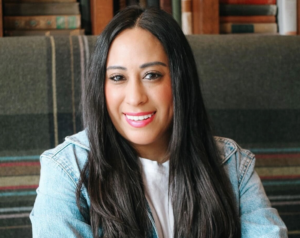 Priscilla joins ASJ as the MI CSSJ Statewide Manager and is a local and National sexual abuse advocate. She has been sought out, as a motivational speaker by numerous community organizations, such as, her Local Law Enforcement, The National Guard, Prisons across the United States, both Public and Private Schools all to discuss her story of overcoming incest and bring awareness through education in order to end abuse. She has been invited to speak before the Senate and House of Representatives. She was apart of the “Clean Slate Bill” her first bill, that was signed by Governor Whitmer.

Priscilla has been featured on TCT, Moms Of Miracles, Driven By Women, The Every Day Series, Every Dope Girl, Cover Of Women’s Lifestyle Magazine (2019). She was the 2019 Women of the Year and 2020-10 over the next 10 award winner. She is currently up for the Governor’s award! Priscilla currently works for two non profits called EVE( Ending Violent Encounters) and Crime Survivors For Safety and Justice. CSSJ is her first National position where she is currently working on the Michigan Safer Act that focuses on victim Compensation and rehabilitation for those who commit crimes. Her newest role is, the State-Wide Manager for CSSJ.

Priscilla Bordayo was born in Texas but raised in the mitten, the beautiful four-season state of Michigan. She was the first in her family to attend and receive a degree at the college level. Priscilla comes from a very large family. Her mom had eight brothers and sisters while her dad had fourteen. She knew breaking the cycle of sexual abuse, even in education, was key to her success. She attended Southwestern Assembly of God University where she earned a Bachelors degree in elementary education. In the past she utilized her degree in childhood education, as a full-time Au Pair. Priscilla has such a passion to invest in the lives of children because she believes they are the future. She continues to mentor kids in and outside of school.

Priscilla is also a strong woman of faith and loves to sing. She currently is the Worship Director at Rivers of Life Church in Holt,  Michigan, where she serves the ministry faithfully. It’s her passion to worship through song and to help others encounter Jesus through the gift he gave her. She believes Worship is a weapon for a breakthrough. She’s also the Events Director where so oversees all events.

In her free time, Priscilla loves watching movies. She also enjoys watching and playing all kinds of sports. She’s a finger lick’in rib eater with extra bbq sauce, and her favorite snack is French fries.

Many would say she’s a jack of all trades, as she is a go getter, a mover and a shaker, (the definition of her name),and not afraid to take a step on the adventurous side. On the top of her list are two of her favorite hobbies, shopping and interior design. It’s always a toss up to either buy a new blouse or Targets newest decorative pieces.